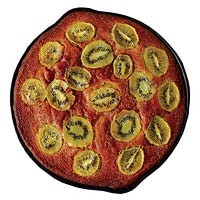 For some reason, even though the weather is insanely beautiful and we are just finishing spring break, I have been on a cooking kick. It’s probably because, without shuttling the girls to school and activities, our schedule has been a little bit more relaxed than usual. I’ve also done a little shoppnig, a couple of projects around the house, and, in general, tried to get a head start on the next (busy!) few weeks. So here’s the scoop. 1. Cooking: This morning, even though the girls got me up at the usual time and I was so tired, I felt inspired to try the recipe for Kiwi Breakfast Cake I had spotted in Rachael Ray’s magazine while at my friend Marcie’s house this week. It’s not an ideal recipe to make the morning of, because the milk and butter both ideally need to be at room temperature, but I zapped them in the microwave for a few seconds to get them to the right temp. After about 20 minutes of prep time, the cake required another 40 minutes in the oven, but it was worth it. The result was this high, golden cake with thinly sliced kiwi on top. It was slightly sweet and a little eggy and a perfect quick breakfast (after it’s made, that is). Next time I will sub in some whole wheat flour (I am not a confident baker and I am always afraid to do this the first time I try a new recipe) and I will mix it and put it in the pan the night before, so all I have to do in the morning is pop it in the oven. Fortunately, the recipe made enough for us to have for breakfast tomorrow and probably the day after as well. Also on the menu this week: Brown sticky rice with julienned veggies and a red quinoa jambalaya. I will also be making ham and cheese muffins from Weelicious and my family’s Spanakopita recipe so that I have more lunchtime options for Lola, and I plan to make more breakfast sandwiches for my husband.

2. Gardening: The girls and I checked on our little container garden today, and the plants look beautiful. We watered them and admired them. So exciting! We will hopefully soon have carrots, roma tomatoes, sugar baby watermelons and arugula. I also have a strawberry pot that I have been dying to use, and I can’t find organic strawberry seeds, so we used some of the organic potting soil I had and planted some mushy strawberries instead. After all, isn’t that the source for those hard-to-come by strawberry seeds? I hope it works! 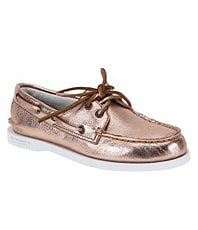 3. Sorting the Girls’ Shoes: It was such a relief to clear out nearly 2 dozen pairs of shoes and boots that Eva has outgrown, and reorganizing the shoe rack by the back door. There were just so many pairs of shoes back there that weren’t getting worn because they no longer fit or were unloved for some other reason. After I cleared out the old, I broke out a few new pairs that I had bought for Lola, who seems to be hovering somewhere in the 11.5 size category. I had bought a few size 12s, a couple of 12 1/2s, and even a couple of 13s, so I brought out the smaller sizes. The two pairs of flower-adorned sandals fit perfectly, as did the navy canvas mary janes from Gymboree (all in size 12), but the other similar style from Gymboree, in the same size, is still a little too large. She also has two pairs of Sperry’s in a size 12.5: the pink metallic pair fits, but the neutral/animal pair is still too big. How can two pairs in the same size and same style from the same brand fit differently??? So perplexing! Here are a couple of the cute new pairs of shoes:

4. Bible Study: Very excited about the busy week ahead, which includes a bathing suit photo shoot on the beach (with models, of course, not me – but I am so flattered you thought of that!) for my April column and the first of our new moms’ Bible Study. Our study is based on the book by Kristi Walters called Saving Supermom, and the Bible Study that she developed around this timely, relevant topic. Can’t wait to get started. Kristi was kind enough to send our books and a tool kit just before she left for spring break, and they have arrived and are ready and waiting! I think I might make the Black Sesame Pear Tea Cake from Bon Appetit to serve. I am not inspired to bake too often, so when I hear the call. I just have to go with it!

Have a great week!